Trying to remember whether or not I’ve got my macros
my muscles ache from trying be tamed again
supplements encroaching on need based
maybe I’ll just eat eggs all day.

Slush puddle game strong with it bottomless lakes sprawling the dense driveways
shoveling won’t do shit but disprove the theory that those boots waterproof
maybe you should have just been okay with letting them melt and evaporate
or maybe you just had nothing better to do, pushing it ain’t doing shit.

Procrastinating myself into a stupor
test scripts screaming out: passed
but really i don’t know it
cause they all failing.

Appreciating sunlight after snow drifts falling and crawling across highway nights
wasn’t trying to over take that ambulance that was driving all together too slow
but snow fell faster than my tires could tell them they aren’t new no more
Sixty miles through that shit, and all I let myself have; fries.

French spy parodies bringing a semblance of sanity back into my life
we’re all a little ridiculous, but our delusions are our own
I know the world won’t accept such things readily
but they gave him an Oscar a few years later.

Angst ridden pits of anxiety and perplexed conscious insufficiency readily inside
we take steps to over ride them, sometimes lie, sometimes getting really high
but most days all it takes is a couple breaths and few notes from Rubab
i’ll play them indefinitely, someday they’ll make sense again.

The slow hum of the organ plugging away, i still can understand how to play
concussed with pulsating theories about how i should spend my days
the low echo of the reverb reminded me that today won’t stay
while tomorrow and yesterday are already gone.

Happiness reminds the occasional thought, the ones refused by time and memory
the home movies repeatedly projected behind my visual cortex indefinitely
soundtracks ruled by the shuffle button iTunes never really figured out
maybe its okay I’m this way, maybe I won’t hurt anyone else.

Sunlight creeping onto this carbon catastrophe
they really should figure out all this glare
but I’m no engineer, they’re smarter
Dammit they have one track minds

Remind me again Words, why I Do this to myself
set arbitrarily out to prove something wrong
looking for the idea that no one knew
but really it was me the whole time.

Narcissism creeps along the hallowed line of self evidence of heart and mind
I’m no spiritual teacher, but I see the thoughts creep as I’ve fallen behind
lost the spark to remind the entire system, lost time it couldn’t wait to die
maybe one day it’ll be easier, or it’ll be the same, i don’t know

Finger tips and cuticles covered in crusty scabs the even crabs won’t hold down
no matter what I do I’m reminded of the idea that I am never completely there
sometimes I let the parasympathetic take over and rule for a little bit
gently reminding me that I just live in this body its got rules too.

Physical world reminding me that spirit stronger than matter
caring a little bit more about doing the best that can be
the best is what it is but it ain’t a standard i can set
I’m talking mad, trying to convince myself second is OK.

Waves oscillating as they always will telling my mind that even writing takes time
these text documents fill them selves with macros and unsolicited data sets
readying ourselves for the truth of the matter as it would  matter to us
it not as obvious as it seems, sometimes i just want to flat line.

Sit up straight they’ll tell you to command the respect of gentleman
of men with more power and stature and financial standing than you
breathing the words they’ll regurgitate condescendingly back
but i’m just sitting here sequencing symphonies in my head.

Some day I’ll remember why I memorize the numbers in my head
maybe they’ll tell me the meaning of life one day
possibly sign my the warrant for my arrest
or very possibly: they’re just numbers.

Stomping grounds of yesterday’s decades past, filled with inconsistent safety nets
blindly walking around this mess as of normalcy, jealous of their contentedness
I got lucky enough to never want what everyone else had, maybe I’m just tired
either way I’m not wishing to return, the haunt doesn’t curse any more.

I’ll believe in the mercy of the almighty more than I believe it will ever be fore me
I’m just a vessel for words and pointless thoughts concussing this keyboard
I’ll dull the feeling of anything more, pointless trying anything else really
maybe It’ll take me longer to remember what I’m doing than doing it.

Elder in the Russian mob, sitting where the barber’ll cut my brothers hair
the tats and the ring are giveaways, beyond that it’s in his eyes, I see
wish he’d just been the grandpa of second generations immigrants
keeps trying to kill me with his eyes, wouldn’t be surprised.

Myth takes, as I finally get to use the words from songs that always mean more
mixing around like the brownie batter that’s altogether too much chocolate
they’re not what they used to be the things that held reality up
they don’t need to be anymore, we are the children of the dirt.

I won’t proofread this
Might reread it
Maybe
Eh. 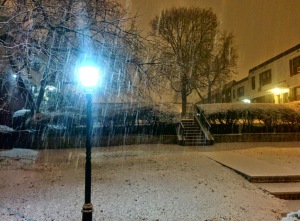 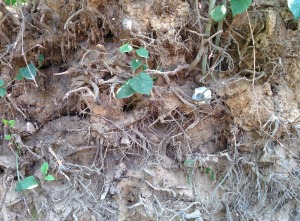 Usually it starts with crack from a place you didn’t know existed, or rather was capable of cracking. It usually pretty wicked in its guttural-ness, as a pill bottle shifts all its content to one side in a single instant, it releases the pressure of a hundred million tectonic plates under the deepest trench down the furthest hole from the sun. Then, it happens again, this time more in your head, where a few words change everything and the filters of perceptibly quickly reorganize themselves into something more codified into a singular supposition, without real conflict.

The noise that brings so much silence is the settling, the part where ignoring is no longer a viable outlet for obfuscating the guilt of things that happen within. Settling into what is, instead of what can be. A stark division from the traditional impermanent mentality of flux and floating, filled with jealous gloating and longing stares. The silence, its real, as the televisions high frequency ringing available to those ears to drive them to madness, it shuts off and hopes to rehash the truisms of confident old world, thought to be believed untrue.

This is how we settle, into our big arm chairs, with our headphones so warm, we listen to the crispness of music we hoped would always give use truth and solace, yet find that it feels boring as it does not resonate. Not country; not electro, not synthesized alt-rock with a bit of jazz funk thrown in for good measure. The rich Corinthian leather doesn’t have its appeal anymore, nor does the comfort of sitting on the couch that brought you peace and solace, like the music all those years ago. Nope, nothing doing, it makes little to no sense, said assuming it had to. No this is the sound of settling, where to quiet the mind, the body gets loud, ignoring the obvious fallacies without deciding what there is to come, so it runs around finding itself without needing to actually run.

Like jumping the fence or a barricade testing the resilience of the cops, once thought the height of fun, now the looming pointlessness of the arrest becomes apparent, fuck it the old man needs to run. Into the crowd screaming with snakes in their eyes walking them astray from the path they once had. Venom leaking from their teeth revealing the idiots actually had won, as their obvious mindsets continue asking cops if they’ve got Molly. I’m too old for this shit comes to mind, too old to see the same mistakes being made for the wrong reasons, even if they were the right ones. Realizing settling is being ridiculous without the thought “That was ridiculous”  bouncing around the head, as the bare chested sweaty body in 100 degrees swings the wet shirt above the head. So proud.

Settling into being okay with not feeling anything anymore. That sunlight and snow flakes just remind us that we’re alive, but that’s just it whats the point of it if we can so easily settle into the bones we’ve tried so hard to break and mend because its as if we’re meant to, than we can become better, maybe. Like the ways of the world don’t mean anything anymore, but to points to ignore, because they go against what seems to be respected amongst peers.

A yearning for banality and uninspired continuity takes root, where the trunk grows strong with the disgust of shameless blind trust. Realizing that people don’t change they just become more of themselves, magnified by their own reflections compounded by false regression of self soothing. Nothing makes sense so don’t question infinality, it leads to knowing you’re enough to change the world, it’ll always scare, so why bother?

Sometimes the genie’s wishes aren’t enough to remember the thought of happiness once had. It was real sure, but it wasn’t good because it won’t let the relaxation comes, it comes with a goal, but that goal isn’t to be quiet with this black hole that seems to have made its home right above the gut in between the lungs. “Wish for patience,” a thousand years will pass, even than the silt will not set. “Wish for understanding,” the mind will revolt seeking all the answers from the past. “Wish to see the light in any dark,” the light will not bleed. The wishes will fade and the happiness will not be found, still settled with that calming cracking sound.

Wash away the fears of the ghost of today’s regret as normalcy sets in, the waves perpetual in their harmonic oscillation. They’ll repeat til they never sound any different, calling out the whispers too often ignored because of perceived insignificance. The routine to follow ad nauseam, wherein the the numbing will set into itself, and the comfort will again be reached.

The sound of settling into thoughts, hearts, and bodies, so loud it ignores the wails of dreams and goals not yet met. A cacophony so loud it seems to organize the ways of the worlds into an army of ants following strict guidelines for the betterment of the “whole.” A noble deed indeed, without it nothing could stay, nothing would be done. Just floating in space as time bends around the traditional chronomatic time stamps, through the bending of the light and the the velocity of the an object in vacuum without any motion.

Too tired to write; too excited to settle; too fucked up to know if any of it’ll ever get better. Too much dreaming is lost to the constant committal, to the strictest adherence of impermanent stupefaction and three levels of doubt. When the dust begins to settle, from a short life of queries and falsifications, lets find a love seat, sink in and settle.